Titan Books Boldly Goes Where No One Has Gone Before With: ‘Star Trek: The Art Of Juan Ortiz’

TITAN BOOKS is no stranger to all things awesome and such is the case with one of their latest releases. What if every Star Trek: The Original Series episode was a movie event? “The Changeling”, “Return To Tomorrow”, “Whom Gods Destroy”…what would the movie poster look like? This was the inspiration to develop a one-of-a-kind set of images for the series that launched a franchise. 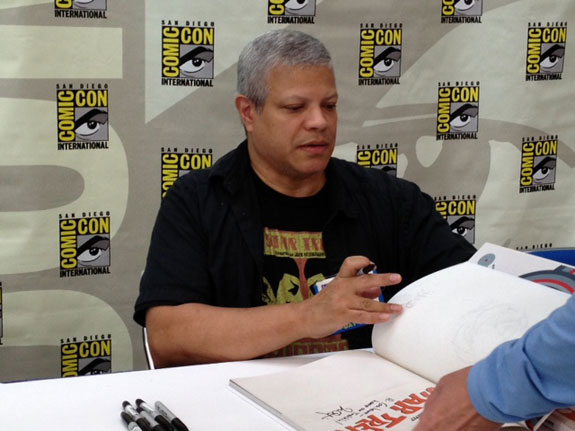 Artist Juan Ortiz has created unique, retro-style art with the look of a 60s movie poster, comic book, pulp novel cover or advertisement, one each for all 80 episodes. 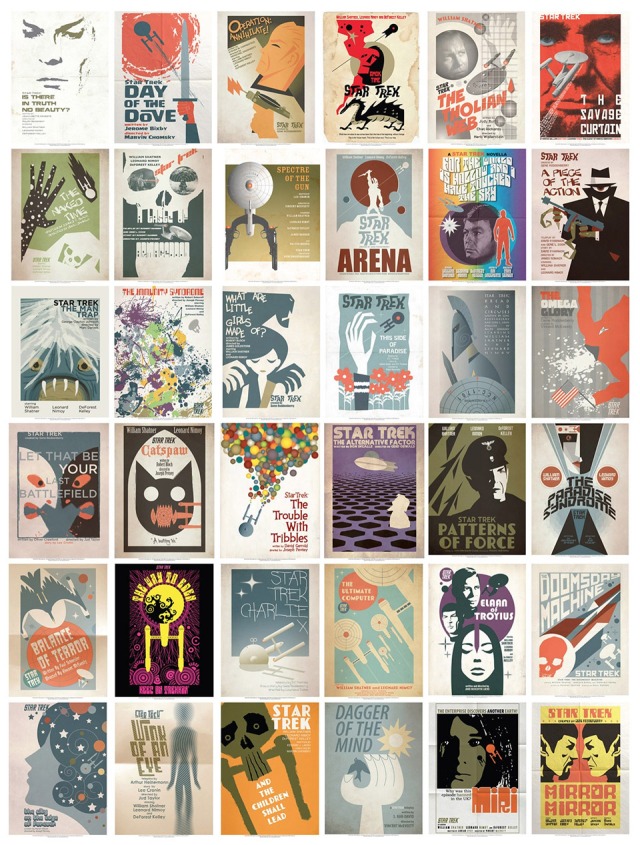 The shadowy figure is actually a statue from the start of the episode.  Sometimes I wonder if that’s what the aliens were really meant to look like if Star Trek had not been held back by cost and special effects limitations of the time.  The circles indicate the sound waves generated by the Scalosians. – Juan Ortiz

This gorgeous, over-sized book, (365 X 260 mm) perfectly displays each one of Juan’s creations.  The book is broken down into Seasons One, Two and Three and has 100 pages of amazing images.  I really enjoyed the Index and Commentary section at the end.  It features every image, in order along with: 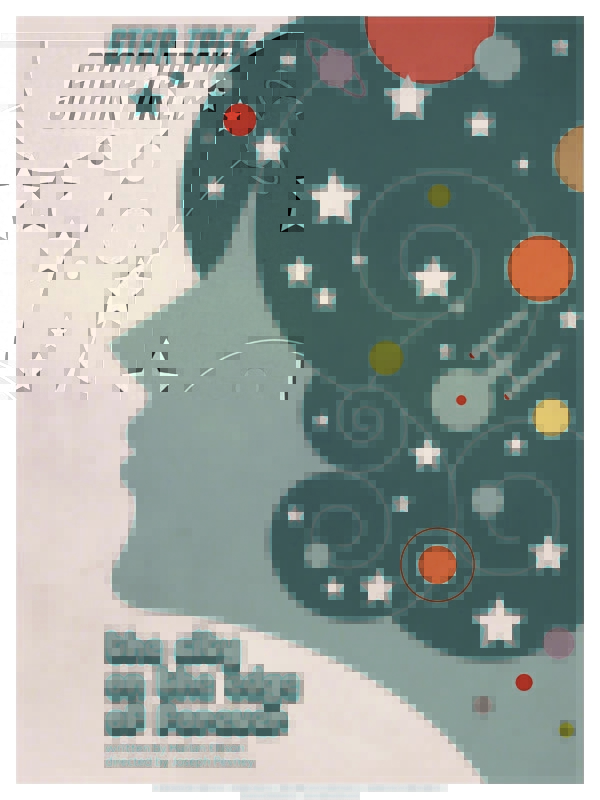 For this poster, I wanted to illustrate Edith Keeler’s vision of the future, as described by her in the episode. – Juan Ortiz

No matter what you call yourself,  Star Trek Fans, Trekkies, Trekers, this book gives everyone incredibly conceptualized images from that very first episode, “The Man Trap“, on September 8, 1966, to the final episode, “The Cage” which was never even broadcast when the show ended in 1969.

I wanted Miramanee’s face to mimic the obelisk’s design.  I tried to pick fonts that would do the same. – Juan Ortiz

Even without watching the episode, I can still hear the music in my head.  It’s an original full score, a decade before Jaws.

Star Trek: The Art Of Juan Ortiz can be ordered HERE.  Follow Titan Books on TWITTER to keep up on other fantastic new releases or head over to their WEBSITE to see all the other great books they have to offer.

I had the idea to place the title and credits within the shape even before I had an image in mind, so I sort of worked backwards for this one. – Juan Ortiz

Blurppy is a constantly changing, always evolving web entity that features articles, reviews, interviews and such from my perspective. Who am I you ask? I'm DT and if you see it on here, I like it, have it, want it, need it, lust it or simply can't afford it. How about you take a gander at my lil part of the massive web universe and if you see something that appeals to you, share it with your friends.
View all posts by blurppy →
This entry was posted in Art, Books, Posters, TV and tagged art, Book, Juan Ortiz, posters, retro-styled, Star Trek, The Art Of Juan Ortiz, Titan Books. Bookmark the permalink.

2 Responses to Titan Books Boldly Goes Where No One Has Gone Before With: ‘Star Trek: The Art Of Juan Ortiz’

Tell us what YOU think... Cancel reply